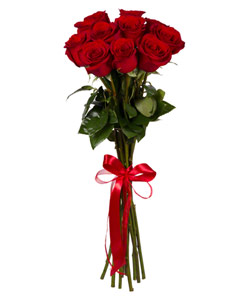 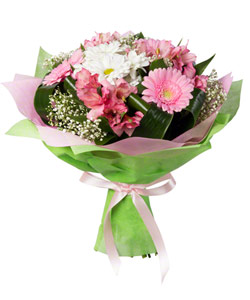 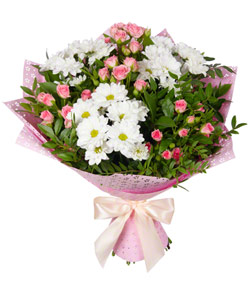 Roses for loved ones
$36.73
Add to cart
All offers

Flower delivery in Samara, Russiais available in the following locations:

Samara is the sixth largest city in Russia and is situated in the European part of the country. The city was very significant to Russia during World War II and could have even become the capital if Moscow would have fallen to the Germans. After the war, Kuybyshev (modern-day Samara) became a closed city due to its highly developed defensee industry. The city also played a major role in development of Soviet domestic aviation and the implementation of the Soviet space program. In June of 2007 an asteroid was named in order of Samara and the city can be proud to be sistered with such cities as St.Lous in the United States and Palermo, Italy.

Does your mother live in Samara? Or maybe you have a girlfriend in Zhigulyovsk, a friend in Otradny, or a colleague in Neftegorsk? No matter who it is, or in which part of the region they live with Megaflowers, you can send flowers to Samara and surprise them any day of the year. Why wait until there is an occasion? Whether it's a Tuesday or a Sunday, you can always raise her mood by sending her a wonderful bouquet of beautiful roses, lilies or iris. Think about how happy she will be when she sees the unexpected flowers at her door! You are sure to take a special place in her heart after such a gesture and Megaflowers can help.

Megaflowers has been in business since 2005 and since then we have been constantly proving our excellence. We work only with local flower growers to ensure the freshness and beauty of all our flowers. Our online florists are highly professional and are always available to give you an advice on which flowers go best together and how to create a perfect flower arrangement and make it last for a long time. Don't wait any longer, order online today and send flowers to Samara!

Average score based on 552 reviews

The service is always excellent, professional and fast. Will defintely keep using your company when sending flowers to loved ones, two thumbs up!

I placed an order from abroad and it was delivered within half a day. Very satisfied!

Ordered a few roses for a girlfriend while i live in the netherlands and it was really quick delivered.

We are happy to offer you our free brand named postcard with your message, which you can note on the website, being in the cart , clicking "Add a postcard"

It is possible to deliver the order within two-three hours after your payment or even to definite time (need to place the order in advance). Also, our Call-Centre works 24 hours a day and 7 days a week!

We deliver just fresh flowers! If the recipient does not like the flowers quality, we will replace them fresh ones or make you a refund.

Thank you for your subscription to our newsletter.

We will work on it.

Our apologies for any inconvenience caused

You have no items in your shopping cart